Around January 1900 Sergei Rachmaninoff went into hypnotherapy with Nikolai Vladimirovich Dahl. He had not composed large scores ever since the fiasco of his First Symphony and the therapy was mainly directed at overcoming this problem. Treatments occurred daily over a period that cannot have lasted longer than three months or so. The patient was cured. In gratitude Rachmaninoff dedicated his Second Piano Concerto to Dahl.

Perhaps it is not surprising that this short episode in Rachmaninoff's life gave rise to a lot of speculation. It is remarkable though, especially considering the matters at stake, that subsequent biographers have never really investigated the case. Consequently, lack of serious research has fuelled myths about Doctor Dahl, doubts about Rachmaninoff's mental make-up, about the strength of his self-confidence and, even worse, about his craftsmanship and his ability to compose in the first place.

From the rise of Freudianism until about a decade and a half ago, hypnotherapy was out of favour as a treatment. Sigmund Freud had strong misgivings about the therapy. At the end of the nineteenth century, however, the therapy proved rather successful: Dahl, for a fact, cured Rachmaninoff, whereas Freud did not cure Mahler. [1] 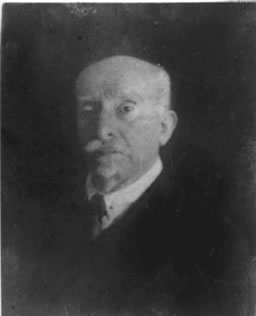 Hypnosis has been used in medical practice ever since Friedrich Anton Mesmer (1734-1815). Mesmer worked in Vienna, and later at the French Court. In fact, Mesmer thought he was practising a form of magnetism. He did report his findings to various scientific societies however and, with hindsight, we can now conclude that he induced a hypnotic state known as ‘crisis’ in his patients. It was Marquis Armand de Puységur (1751-1825) who discovered the tranquil trance that James Braid (1795-1860) later termed ‘neurohypnology’ – nervous sleep. His contemporary John Elliotson (1791-1868) began to use hypnosis as anaesthetic at his London hospital – to perform painless surgery. Meanwhile two schools of hypnosis were founded in France. The French neurologist Jean Charcot (1825-1893) started a school of hypnosis in his neurological clinic at the Salpêtrière in Paris, while Hippolyte Bernheim (1837-1919) founded the Nancy School of Hypnosis. Charcot initially thought that hypnosis was a phenomenon related to hysteria and could be produced only in hysterical patients, but he was converted by Bernheim, who had analysed over 10,000 cases and had come to the conclusion that hypnosis was produced by suggestion. [2]

Most probably prepared by the composer’s sister-in-law Sophia Alexandrovna Satin, herself no mean scientist, the Bertensson & Leyda biography ‘Sergei Rachmaninoff – a lifetime in music’ provides the most accurate account of Dahl’s treatment.

[Rachmaninoff’s] cousins, his aunt, and their friend, Dr. Grauermann, thought it was time to take some positive step, and they agreed that he should be persuaded to see Dr. Nikolai Dahl. Dr. Dahl has been a friend of Grauermann’s at Moscow University, and had specialised in internal medicine. After graduation he became interested in the therapeutic values of hypnosis that were then being explored in France, and his first successes on the treatment made him devote his entire practice to this method...
.. Rachmaninoff surprised his cousins by agreeing, without resistance, to see the doctor. He was desperate enough about his dark present and darker future to try anything suggested to him. Even his lack of money was no obstacle, for many of Dahl’s patients were treated without charge, and any embarrassment felt by Rachmaninoff on this score was overcome. Dr. Dahl’s apartment was only a few doors from the Satin’s and Rachmaninoff visited the doctor daily. These sessions in Dr. Dahl’s study, with Rachmaninoff seated in a deep comfortable armchair, were concentrated on helping him to sleep soundly and peacefully every night, to brighten his daytime mood, to improve his appetite, and above all, to reawaken his desire to compose. Actual hypnosis was supplemented by general conversation, and as Dahl was a cultured and musically intelligent man, these talks must have enhanced the salutary effects of the treatment... [3]

From this document, from our knowledge of Rachmaninoff’s method of composition, and our knowledge of hypnotherapy around the turn of the century it is not difficult to reconstruct a case that was less complex than some suppose. 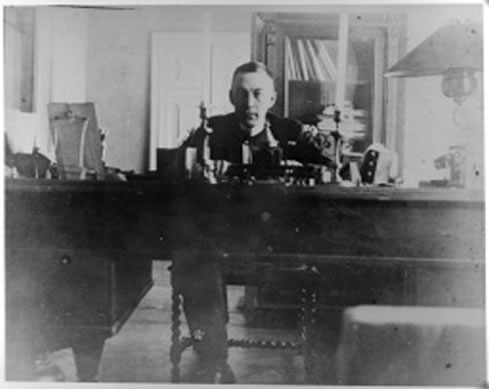 Rachmaninoff’s creative process was exceptional. Compositions used to come to him in their entirety and it might take him no more than two to three weeks – sometimes less – to sketch larger forms.

Few composers conceive works instantly and even fewer possess the gift of memorising more than a few pages. [5] Most composers work long and hard over every single motif and every single voice. Because their creation process takes so much longer, they are usually more attached to their brainchild than Rachmaninoff seems to have been. After the failure of the First Symphony, the composer began to doubt his intuition and it appears from letters he wrote at various stages in his life, that he no longer trusted his own judgement. He often sought the advice of friends about new works, and sometimes even reconciled their form to what he thought was the general norm – hence the many cuts he sanctioned, made, or authorised.